MARIA MARACHOWSKA WORKS AS A FREELANCE ARTIST BOTH IN THE FIELDS OF ART "MARACHOWSKA ART" (since 1996) AND MUSIC "SIBERIAN BLUES" (since 2004) IN BERLIN. CV

Maria Marachowska 21.07.1980 (Monday) born in Omsk/ Siberia (Russia). Spent her early childhood in Estergom/ Hungary and in 1986 she moved with her family to the historic metropolis Kaliningrad/Königsberg, where she attended the E.T.A. Hoffmann music school for highly gifted children/ instrument: piano/1989-1993. In 1998, she returned to her native city Omsk/ Siberia for a period of 2 years to complete her studies of fine arts. Since 2000 she has   been living in Germany, since 2004 in Berlin, where she has also newly discovered music for herself in addition to her work as a fine artist and has created her personal, innovative music style of SIBERIAN BLUES.

For Maria Marachowska painting represents an act of liberation, when she immerses into the element of art, the empty canvas or a sheet of paper means infinity to her. In her artistic expression, she knows no boundaries, the painter’s brush in her hand seems to take on a life of its own, becomes the key to an intensely personal, mysterious world. When she paints, she draws from the strength of her rich memories and her experience of life, quite remarkable for an artist as young as herself and capable of touching us just through their truthfulness and authenticity. In her works, her experiences are transformed into pure energy and emotions which are transmitted to the spectator, it is impossible to withdraw from the deep attraction of her images, they virtually absorb through their oscillating, often almost hallucinatory colours and their suggestive shapes. It is her artistic credo not to adjust whatsoever to anything that has existed, she cannot be assigned to any existing art style, her works speak of universal forces, far beyond any conventions.

Inspiration comes from within herself, from her innermost feelings, her joys and pains which she transfers into her visionary image compositions, as if to relieve of an oppressive burden – creation is a basic need to her, inseparably linked with her life. The process of her artistic work is only comparable to a natural phenomenon: the wave effect and extension, caused by a pebble that touches the water surface and spins apparently infinite circles, one arises from the other, a constant development and renovation, generating always new, innovative art works and image series. Maria Marachowska’s art is cosmic, seems to be connected to the stars, abstraction opens new dimensions of perception, something sacred and sublime is inherent to her oeuvre, radiates a healing power. The apocalyptic air, penetrating to the surface in many of her paintings, gives no reason to anguish or grief, but announces a new world in which the Fantastic has defeated cold rationality, through the awakening of an all-embracing cosmos, she gives reason to hope, her images give us a hint of a lost world before the beginning of time, to which there is no more access in normal life.

Having discovered the special art of glass painting for herself through a commissioned work for one of her collectors in 2011, Maria Marachowska has made this technique her own and developed it to perfection. The way she transfers her unique painting style from paper and canvas to transparency blasts the boundaries of traditional material properties, conveying the impression of alchemic power. A medium more commonly associated with ecclesial context or art-deco inspired design, glass painting has been transformed into a totally new art form in Maria Marachowska's recent works. Whereas in Tiffany objects, metal is used as separating element, she generates the same effect through the delicate application of relief paste, an enticing allusion to the assumed characteristics of stained glass art. © Text: Iris Weirich

GREAT! REASON TO COLLECT MY PAINTINGS!

With her small-size „baby glass paintings“, Maria Marachowska has created a singular form of artistic expression whose special, translucent materiality in conjunction with an intriguing diversity of different motifs atypical for this art medium can properly be described as a unique distinguishing feature. The particular magic inherent in this material is evocative of the ancient „Maestri Vetrai“ - the master glassmakers - of the Venetian island of Murano who equated the creation of their glass artworks with alchemical processes and practiced it in the manner of a secret science. In some of her works this impression is still enhanced by mysteriously phosphorescent color effects making particular motif parts glow polar green in the dark while others are accentuated by shadowy effects like in glass negatives from the early days of photography.

The artist creates her glass paintings in three individual working phases spread over three days: the first step is to apply sketch-like outlines to the acrylic glass sheet frequently hand-cut by herself, after drying the outlines are filled with the intended colors and after another drying phase the painting is refined and perfected. Each painting is a unique specimen, even in subject-oriented series none resembles the other. She thereby allows her imagination to run free and she amazes the viewer by her ability for telling a whole story full of depth and attention to detail within minimum space. Her topics are simultaneously modern and characterized by art-history, ranging from flora and fauna motifs, over mythology, literature and music to references from art and architecture. The portraits and character studies are thereby of particular significance, in spite of their unmistakably individual style, their authenticity and expressiveness makes us think of Toulouse-Lautrec, Aubrey Beardsley or Ralph Steadman. Images full of erotic tension alternate with bleak and macabre visions in the spirit of Edgar Allan Poe or Francisco de Goya, just to create subtly humorous, fabulous creatures and poetic, tender views of nature in the next moment.

There are to be found Dadaist elements as well as reminiscences of Art Brut, symbolism and Art Noveau in Maria Marachowska's glass paintings, just to assume a unique and inimitable form through their highly individual interpretation and approach. As confirmed by her already gained, international collector's community, both the richness of motifs and the always new and unexpected selection of topics encourage costumers to collect and evokes a feeling of happiness in viewers, whereby the unique price-performance ratio consciously allows also art lovers with a limited budget to make repetitive purchases. There are also no limits with regard to the presentation forms: the paintings can be applied to transparent surfaces (like windows, glass doors, etc.), but they can also be framed, set up by means of picture stands or miniature easels, secured to the wall with screws or combined in type or display cases. Depending on how the light falls, the impact varies and illusionistic effects in the manner of laterna magica projections or the colored shadows in traditional Indonesian shadow puppet theatre emerge in the picture background.

Alan Reeves is a British film composer, music producer, and Hammond B3 virtuoso. In the course of his career he has received 35 international awards, including a Goldene Schallplatte. He became known for his work with the bands The Showtimers and Clinic as well as for the music for the films To Walk with Lions, The Call of the Wild: Dog of the Yukon, and Kill Bill Vol. 2. He has appeared with, among others, the Rolling Stones, Jimi Hendrix, Chuck Berry, The Animals, The Who, David Bowie and The Beatles.
MUSICIANS HIS PLAYED OR RECORDED FOR OR WITH:
THE ROLLING STONES, THE BEATLES, THE KINKS, THE ANIMALS, THE WHO, JIMI HENDRIX, DAVID BOWIE, ROD STEWART, THE SMALL FACES, LIONEL RITCHIE, CHAKA KAHN, DAVID GILMOUR, ERIC CLAPTON, SLY STONE, RITA COOLIDGE, OTIS REDDING, SONNY BOY WILLIAMSON, LE CIRQUE DU SOLEIL, CHUCK BERRY, STEVE WINWOOD, PERCY SLEDGE, GENE VINCENT, MURRAY HEAD, LEE DORSEY, AL STEWART, FONTELLA BASS, MUNGO GERRY, NIGEL OLSSON, JACK BRUCE, GINGER BAKER, PRINCE, LONG JOHN BALDRY, YES, THE TOWER OF POWER, WILSON PICKETT, BILLY ECKSTINE, BRIAN AUGER, AINSLEY DUNBAR, TIM BOGERT

I AM VERY HAPPY TO ANNOUNCE THAT MY PAINTING "PORTRAIT" I CREATED IN AUGUST 2018 WILL APPEAR IN THE HORROR MOVIE "THE SURREAL PROJECT" (USA) BY AWARD-WINNING (6 wins and 11 nominations) HUNGARIAN DIRECTOR JÓZSEF GALLAI IN 2019! WORLD WIDE DISTRIBUTION IN 2020. HERE YOU CAN SEE THE TEASER-TRAILER! 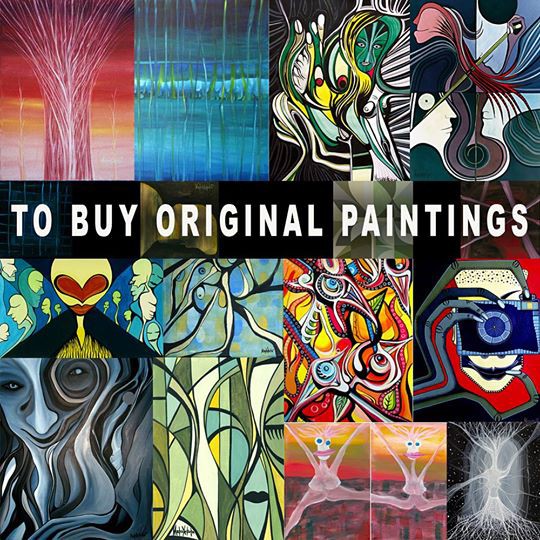